For 20 years, University of Maine students have been bridging the gap between farm-to-table in their local community. Now, the Black Bear Food Guild — like its ever-changing harvest — continues to grow, supplying fresh, organic vegetables to 65 shareholders from the surrounding towns.

The Guild, as it is casually known, is a community-supported agriculture (CSA) program that took root in 1994 when sustainable agriculture students wanted to actively engage with their studies and “get their hands dirty,” says Dr. Eric Gallandt, director of the Guild and professor of weed ecology at the university. Now, what started as a mere supplement to the sustainable agriculture curriculum has grown into a focal point of the program.

“It’s an opportunity for students who want to learn how to farm,” Gallandt says.

For sustainable agriculture students Lindy Morgan, 28,  and Laura Goldshein, 26, there’s more to it than that. For them, it’s about reaffirming their love for what they do.

“I would say that the significant thing that I’ve gotten out of this experience is finding out whether or not I want to be a farmer for the rest of my life,” Goldshein says. “And the answer is, absolutely, yes.”

Although, they admit, it’s no easy task. The two farmers were set back by the sudden departure of one of their crew in early July. Left to run the entire 3-acre farm for the majority of the summer and now for the fall – working from about 8 a.m. to 6 p.m. or later in the blistering heat – the two worked to establish the farm as certified organic by the Maine Organic Farmers and Gardeners Association.

And they wouldn’t trade it in for anything else.

“We are actually the only completely student-run CSA in the country. No other schools have this program, not even other land grant universities,” Goldshein says. “It’s just a really special chance to experience things on a smaller scale before sort of taking the leap on your own and starting a farm.”

“They’re making all of the choices,” Gallandt says. “That’s very different from programs at other universities.”

Their hard work does not go unnoticed, however. There is a reciprocal benefit that comes from managing a CSA. The students learn about principles of farm management, soil quality and organic pest control, and the real reward goes out to the community — the shareholders who take stock in the Guild and support its existence. In return for their dedication, they receive healthy, organic vegetables grown right at home: Farm-to-table at its finest.

“There’s something about actually knowing your farmer really well that makes you realize where your food’s coming from, and supporting your community as well as supporting the student program,” Gallandt says.

In addition to growing over 35 varieties of vegetables this past season – including their most popular: cucumbers, tomatoes, summer and winter squash – Morgan and Goldshein sold all of the shares in the farm, mapped out the fields and installed irrigation systems, maintained the Guild’s Facebook page and email accounts and established a record keeping system. 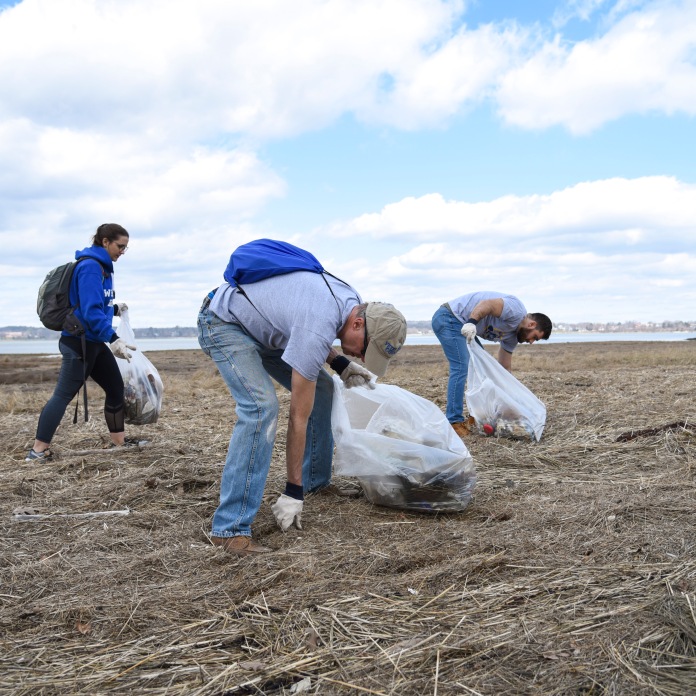 All technicalities aside, Morgan and Goldshein love their jobs because they know their work makes people happy.

“They work their asses off all week long and twice a week they have these people coming in with smiling faces and kids,” Gallandt says. “They’re high-motivated to work hard because, no matter what, on Tuesday afternoon there’s a bunch of people coming to pick up stuff.”

And, yes, they admit they’re pretty proud of the work they’ve done.

“I was pleasantly surprised that, in spite of it just being the two of us and the weeds being so out of control and various problems with just sort of the farm infrastructure, that we not only made it through but we did a really good job, I would like to think,” Goldshein says, looking out at amber fields as the sun begins to set.